M. Kazim Bacchus was Professor of Education and Director of the Centre for International Education and Development at the University of Alberta. He helped as Director to establish the Institute for Educational Development at The Aga Khan University in Kartachi, Pakistan. He taught at the Universities of London, Guyana, West Indies, Alberta, and Chicago and was a consultant with CIDA, UNESCO, the Government of Papua New Guinea, and the Commonwealth Secretariat. 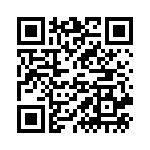