Langston Hughes, February 1, 1902 - May 22, 1967 Langston Hughes, one of the foremost black writers to emerge from the Harlem Renaissance, was born on February 1, 1902, in Joplin, Mo. Hughes briefly attended Columbia University before working numerous jobs including busboy, cook, and steward. While working as a busboy, he showed his poems to American poet Vachel Lindsay, who helped launch his career. He soon obtained a scholarship to Lincoln University and had several works published. Hughes is noted for his depictions of the black experience. In addition to the black dialect, he incorporated the rhythms of jazz and the blues into his poetry. While many recognized his talent, many blacks disapproved of his unflattering portrayal of black life. His numerous published volumes include, "The Weary Blues," "Fine Clothes to the Jew," and "Montage of a Dream Deferred." Hughes earned several awards during his lifetime including: a Guggenheim fellowship, an American Academy of Arts and Letters Grant, and a Spingarn Medal from the NAACP. Langston Hughes died of heart failure on May 22, 1967. 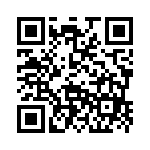