James T. Farrell (1904-79) was a native of Chicago, famous for the range and depth of his realistic portraits of the city's various populations that he drew from his own experiences and keen powers of observation. Charles Fanning is a professor of English and history at Southern Illinois University, Carbondale, and the editor of Farrell's Chicago Stories. 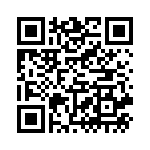