ÇáŐÝÍÉ 465
After he had done the king's message , King Philip , seeing how the world went , the sooner to get away , went upon speed to the king at Windsor , and his queen followed by easy journeys . The two kings , at their meeting , used all the ...
ÇáŐÝÍÉ 458
But soon after, Curson, when he saw the time, returned into England, and withal into wonted favour with the king, ... memorable touching public government ; but those that were, had still the stamp of the king's wisdom and policy.
ÇáŐÝÍÉ 469
For the nobility of Castilia, that so lately put out the king of Aragon in favour of king Philip, ... But this purpose of the king's seemeth to me, considering the king's safe courses, never found to be enterprising or adventurous, ... 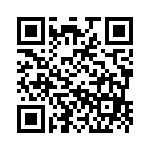