A basic review of the process of creating an American Navy. Not inspiring, in my opinion. There have been several livelier books written on this topic since. The original book was published in 1939. ŢŃÇÁÉ ÇáĘŢííă ČĂßăáĺ 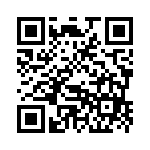