As a team of veteran travel writers, Darwin Porter and Danforth Prince have produced numerous titles for Frommer’s, including best-selling guides to Italy, France, the Caribbean, England, and Germany. Porter, a former bureau chief of The Miami Herald, is also a noted Hollywood biographer. His most recent release (2006) is Brando Unzipped, tracing the tumultuous life of Marlon Brando. He writes a regular column on Hollywood, and his radio broadcasts on American popular culture are heard in all 50 states. Prince was formerly employed by the Paris bureau of the New York Times and is today the president of Blood Moon Productions and other media-related firms.

George McDonald has lived and worked in both Amsterdam and Brussels as deputy editor of the KLM in-flight magazine and as editor-in-chief of the Sabena in-flight magazine. Now a freelance journalist and travel writer, he has written extensively on both the Netherlands and Belgium for magazines and guidebooks. He’s the author of Frommer’s Amsterdam, Frommer’s Belgium, Holland & Luxembourg, and a co-author of Frommer’s Europe by Rail.

Hana Mastrini is a native of the western Czech spa town of Karlovy Vary who became a veteran of the “Velvet Revolution” as a student in Prague in 1989. She is a co-author of Frommer’s Europe and Frommer’s Europe by Rail.

Sherry Marker’s love of Greece began when she majored in classical Greek at Harvard. She has studied at the American School of Classical Studies in Athens and studied ancient history at the University of California at Berkeley. Author or co-author of a number of Frommer’s guides to Greece, she has published articles in the New York Times, Travel + Leisure, and Hampshire Life.

Andrew Princz is a freelance culture and travel journalist/consultant who has visited over 40 countries. He has also worked for various governments, consulting on country tourism and awareness projects. Andrew was the founding editor of DT – Diplomacy & Trade magazine in Budapest, and he currently edits and publishes the travel and culture website OnTheGlobe.com. He is a regular contributor to Wall Street Journal Europe and various dance and film publications.

Carolyn Bánfalvy is a Budapest-based freelance journalist who is currently writing a book about Budapest’s food and wine.

Anna Kutor is a freelance journalist based in Warsaw.

Suzanne Rowan Kelleher is the former Europe Editor for Travel Holiday magazine and has contributed to numerous magazines, including Arthur Frommer’s Budget Travel, Parents, and Newsweek. She lived in Ireland for 5 years and recently repatriated back to the United States. She is the Editor-in-Chief of an online magazine about family travel called WeJustGotBack.com. 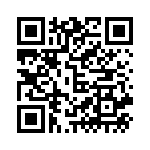