A remarkably detailed survey of a much-neglected cultural icon by a leading historian of horror films (Dark Carnival, 1995, etc.). As Skal points out, the mad scientist has been a central figure in ... Þ—«¡… «· ÞÌÌ„ »√þ„·Â

David J. Skal is a respected scholar of all things macabre. A frequent talk-show guest and lecturer, his many media appearances include "The CBS Evening News," " Joan Rivers," "Charlie Rose," and NPR's "All Things Considered." He is the author of The Monster Show, Hollywood Gothic, and Dark Carnival. He has written, produced and appeared in a variety of film and television documentaries on occult and pop-culture subjects. 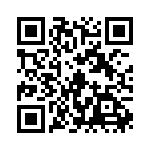