«·’ıÕ… 62
for such an agreement in one of the rejected amendments to the bill, which had
provided for subordinate "agencies" in the states which should be allowed to deal
in exchange and to exercise certain other banking functions, and which might be
...
«·’ıÕ… 261
In his annual message at the opening of the next Congress in December, 1846,
the president again recommended the appropriation. January 3, 1847, Preston
King, a Democrat from New York, sought to introduce in the House a bill for the ...
«·’ıÕ… 310
So it came to pass, December 13, 1848, John G. Palfrey of Massachusetts, the
preacher and author, asked the House, according to previous notice, for leave to
introduce a bill to repeal all legislation by Congress establishing or maintaining ... 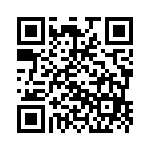