«·’ðÕ… 16
Soon after , in a contention at Totapata , 40,000 Jews perished . These
contentions rose and increased , till the whole Jewish nation took up arms
against the Romans , and brought on themgelves their final destruction . Thus the
prediction of ...
«·’ðÕ… 21
And they hardly needed a prophet's eye to discern that this spirit and conduct (
manifested on all occasions ) would soon draw against them the Roman sword .
Judas , a Gaulonite , and Sadduc , a Pharisee , had rallied the Jews with the idea
...
«·’ðÕ… 22
Soon after , he entered Jerusalem , and burned some part of the city . But through
the treachery of his own officers , he made an unexpected flight . The enraged
Jews pursued him , and slew about sixty thousand of his men . Many of the rich ... 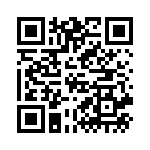