«·’ıÕ… 99
There was little logic in his politics , and much personal feeling . ... on a mixture of personal dislikes , religious scruples , and moral convictions , rather than on any consistent theory , system , or political observation .
«·’ıÕ… 105
Then he quoted Wat Tyler , and showed , not without amusement , that one who could proceed to such extremities against opinions he formerly professed , could not be regarded as any great political authority . Southey replied to Smith ...
«·’ıÕ… 110
ì Meliorations and charity to prevent suffering , armed force to stamp out sedition , new laws to crush dissenters in politics or religion , he advocated year in and year out , but no changes . He feared to make concessions to the ... 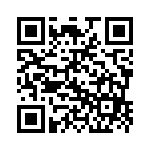