An interesting biography of Huda Shaarawi, drawing upon some her own past diary entries. Huda Shaarawi grew up in the Harem - the area of a house in Egypt where well-off women stayed, separate from ... ▐čŪ┴╔ Ūß╩▐ĒĒŃ ╚├▀ŃßÕ

Disappointing. The "Harem Years" were a dull memoir of privilege, and the later years where she became involved in anti-colonialism and feminism were only lightly touched on in the last chapter. ▐čŪ┴╔ Ūß╩▐ĒĒŃ ╚├▀ŃßÕ

Huda Shaarawi (1879-1947) was among the last generation of Egyptian women to live in the segregated world of the harem. Her feminist activism grew out of her involvement in Egypt's nationalist struggle, and led to her founding of the Egyptian Feminist Union in 1923. 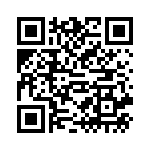