Author and editor Darrell Schweitzer was born on August 27, 1952. He primarily writes fantasty, horror, and science fiction works, but he also writes literary criticism and edits collections of essays on various writers within his preferred genres. He has published over three hundred short stories. His individual work has been nominated three times for the World Fantasy Award and he received it once as part of the editorial team of Weird Tales. 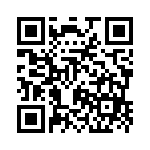