I have never read anything by this author before but now I am going to order more,. This book is powerful. Christian books has done it again. Very satisfied with everything about christianbooks.com Ş—«¡… «· ŞÌÌ„ »√ş„·Â

The message contained in this book is truly life-changing!!! It is the remedy for those weary souls that are striving in their own strength to be "Good Enough", and feeling like they're always missing ... Ş—«¡… «· ŞÌÌ„ »√ş„·Â

Andrew Wommackhas traveled America for three decades and the world teaching the truth of the gospel. His profound revelation of the Word of God is taught with clarity and simplicity, emphasizing God's unconditional love and the balance between grace and faith. He reaches millions of people through the daily Gospel Truth radio and television programs, broadcast both domestically and internationally. Gospel Truth television broadcast can be seen on INSP, DayStar, The Church Channel, Cornerstone, Guardian, God TV, and over 80 local US channels. Gospel Truth radio broadcast is heard on more than 60 stations nationwide. Andrew Wommack founded Charis Bible College in 1994 and has since established CBC extension colleges in other major cities of America and around the world.

Andrew has produced a library of teaching materials, available in print, audio, and visual formats. 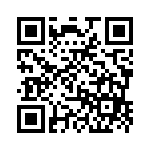