«Š’›Õ… 104
If the particular marriage is recited or referred to , it is patently a factor . Hence , a
settlement made before marriage , but not in relation to or contemplation of the
particular marriage , is not within the section , but it is within it if from its recitals or
...
«Š’›Õ… 161
In stating their conclusions the justices stated first : B That the respondent was
capable of doing the work referred to in the said direction of Oct. 3 , 1941 ,
although ho suffered from asthma . The facts show that on Oct. 6 , 1941 , he
attended at ...
«Š’›Õ… 174
If , however , the judge rightly came to the conclusion that the new Act was
referred to , there was no ambiguity and the consequence is that the new Act
should be applied . The law , and also the class , should be ascertained as at the
date of ... 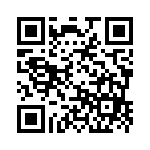