P. Adams Sitney is a Professor of Visual Art at Princeton University. He has taught at Bard College, New York University, The Cooper Union, The School of the Art Institute of Chicago, and the School of Visual Arts. He is the author of Visionary Film: The American Avan-Garde 1943-1200; Modernist
Montage: The Obscurity of Vision in Film and Literature; Vital Crises in Italian Cinema; and he edited Film Culture Reader; The Essential Cinema; The Avant-Garde Film; and Stan Brakhage's Metaphors on Vision. In 1969 he co-founded Anthology Film Archives in New York. 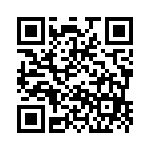