Ann Radcliffe (1764-1823) was an English writer and poet. Her work typifies the Gothic tradition, yet is infused with a sentiment of romance. Her first two novels, The Castles of Athlin and Dunbayne (1789) and A Sicilian Romance (1790) were published as an uncredited author. Radcliffes third novel, Romance of the Forest (1791) was a major success, and was published in the second printing under her own name. She became the most popular British novelist of her time with The Mysteries of Udolpho (1794), which is considered the consummate expression of the Gothic novel. 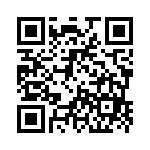