«·’ðÕ… 293
With thee conversing I forget all time , All seasons and thir change , all please
alike . Sweet is the breath of morn , her rising sweet , With charm of earliest Birds
; pleasant the Sun When first on this delightful Land he spreads His orient Beams
...
«·’ðÕ… 457
... His kindred and false Gods , into a Land Which he will show him , and from him
will raise A mighty Nation , and upon him show ' r His benediction so , that in his
Seed All Nations shall be blest ; he straight obeys , Not knowing to what Land ...
«·’ðÕ… 458
155 The Grandchild with twelve Sons increast , departs From Canaan , to a Land
hereafter callid Egypt , divided by the River Nile ; See where it Aows , disgorging
at seven mouths Into the Sea : to sojourn in that Land He comes invited by a ...

This is pretty well the standard edition of Milton, with a critically established text, a reasonable level of apparatus for non-expert readers, and a critical mass of Milton's work extending beyond his major works to everything that anyone who is not a specialist is likely to need. Þ—«¡… «· ÞÌÌ„ »√þ„·Â

Ok, so I didn't read this whole thing, obviously. But I did read "Paradise Lost" and that's the important thing, right? And I actually ended up enjoying it a lot more than I expected to. The language ... Þ—«¡… «· ÞÌÌ„ »√þ„·Â

John Milton, English scholar and classical poet, is one of the major figures of Western literature. He was born in 1608 into a prosperous London family. By the age of 17, he was proficient in Latin, Greek, and Hebrew. Milton attended Cambridge University, earning a B.A. and an M.A. before secluding himself for five years to read, write and study on his own. It is believed that Milton read evertything that had been published in Latin, Greek, and English. He was considered one of the most educated men of his time. Milton also had a reputation as a radical. After his own wife left him early in their marriage, Milton published an unpopular treatise supporting divorce in the case of incompatibility. Milton was also a vocal supporter of Oliver Cromwell and worked for him. Milton's first work, Lycidas, an elegy on the death of a classmate, was published in 1632, and he had numerous works published in the ensuing years, including Pastoral and Areopagitica. His Christian epic poem, Paradise Lost, which traced humanity's fall from divine grace, appeared in 1667, assuring his place as one of the finest non-dramatic poet of the Renaissance Age. Milton went blind at the age of 43 from the incredible strain he placed on his eyes. Amazingly, Paradise Lost and his other major works, Paradise Regained and Samson Agonistes, were composed after the lost of his sight. These major works were painstakingly and slowly dictated to secretaries. John Milton died in 1674. 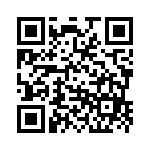