Review: The History of Tom Jones, a Foundling

Published in 1749, Tom Jones is among the earliest true English novels. It is also one of the best ever. It is fast paced, wry...no hilarious, and socially insightful. It is also a tense adventure and ... Ş—«¡… «· ŞÌÌ„ »√ş„·Â

Henry Fielding, 1707 - 1754 A succcessful playwright in his twenties, Henry Fielding turned to the study of law and then to journalism, fiction, and a judgeship after his Historical Register, a political satire on the Walpole government, contributed to the censorship of plays that put him out of business. As an impoverished member of the upper classes, he knew the country squires and the town nobility; as a successful young playwright, the London jet set; as a judge at the center of London, the city's thieves, swindlers, petty officials, shopkeepers, and vagabonds. As a political journalist (editor-author of The Champion, 1739-1741; The True Patriot, 1745-1746; The Jacobite's Journal, 1747-1748; The Covent-Garden Journal, 1752), he participated in argument and intrigue over everything from London elections to national policy. He knowledgeably attacked and defended a range of politicians, from ward heelers to the Prince of Wales. When Fielding undertook writing prose fiction to ridicule the simple morality of Pamela by Samuel Richardson, he first wrote the hilarious burlesque Shamela (1741). However, he soon found himself considering all the forces working on humans, and in Joseph Andrews (1742) (centering on his invented brother of Pamela), he played with the patterns of Homer, the Bible, and Cervantes to create what he called "a comic epic poem in prose." His preface describing this new art form is one of the major documents in literary criticism of the novel. Jonathan Wild, a fictional rogue biography of a year later, plays heavily with ironic techniques that leave unsettled Fielding's great and recurring theme: the difficulty of uniting goodness, or an outflowing love of others, with prudence in a world where corrupted institutions support divisive pride rather than harmony and self-fulfillment. In his masterpiece Tom Jones (1749), Fielding not only faces this issue persuasively but also shows for the first time the possibility of bringing a whole world into an artistic unity, as his model Homer had done in verse. Fielding develops a coherent and centered sequence of events-something Congreve had done casually on a small scale in Incognita 60 years before. In addition he also relates the plot organically to character and theme, by which he gives us a vision of the archetypal good person (Tom) on a journey toward understanding. Every act by every character in the book reflects the special and typical psychology of that character and the proper moral response. In Tom Jones, Fielding affirms the existence of an order under the surface of chaos. In his last novel, Amelia (1751), which realistically examines the misery of London, he can find nothing reliable except the prudent good heart, and that only if its possessor escapes into the country. Fielding based the title character on his second wife, with whom he was deeply in love. However, ill himself, still saddened by the deaths of his intensely loved first wife and daughter, and depressed by a London magistrate's endless toil against corruption, Fielding saw little hope for goodness in that novel or in his informal Journal of a Voyage to Lisbon (1755). Shortly after traveling to Lisbon for his health, Fielding died at the age of 47, having proved to his contemporaries and successors that the lowly novel was capable of the richest achievements of art. 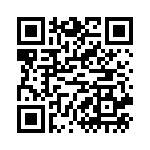