Helena Petrovna Blavatsky was born on August 12, 1831, at Dnepropetrovsk (Ekaterinoslav), Ukraine, daughter of Colonel Peter Alexeyevich von Hahn and novelist Helena Andreyevna (née de Fadeyev). In 1849 she married N. V. Blavatsky, and shortly thereafter began more than 20 years of extensive travel, which brought her into contact with mystic traditions the world over. She was the principal founder of the Theosophical Society in New York City in 1875, and devoted her extraordinary literary talents to its humanitarian and educational purposes until her death in London, England, on May 8, 1891. Along with writing her several books, H. P. Blavatsky kept up a voluminous correspondence and also contributed a steady stream of essays and articles to periodicals in English, French, and Russian. 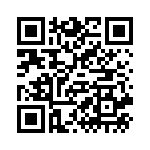