Hent de Vries is Paulette Goddard Professor of the Humanities. He is Professor of German, Religious Studies, Comparative Literature, and Affiliated Professor of Philosophy. He received his BA/MA in Judaica and Hellenistic Thought (Theology), Public Finance and Political Economy (Law), at Leiden University, and obtained his PhD there in Philosophy of Religion, with a study on Theodor W. Adorno and Emmanuel Levinas, JŁrgen Habermas and Jacques Derrida, entitled Theologie im pianissimo: Zwischen Rationalität und Dekonstruktion. Before joining NYU, de Vries directed The Humanities Center at Johns Hopkins University, holding the Russ Family Chair in the Humanities with a joint appointment in Philosophy. He also taught in the Philosophy departments of Loyola University in Chicago and the University of Amsterdam, where he long held the Chair of Metaphysics and its History and co-founded and directed the Amsterdam School for Cultural Analysis. He received visiting positions and fellowships at Harvard, Chicago, Princeton, Brown, Columbia, the Paris CollŤge International de Philosophie, the Universitť Saint Louis in Brussels, the Hebrew University of Jerusalem, and the Universitť de Paris, Panthťon-Sorbonne. Hent de Vries is currently serving his second term as Director of the summer School of Criticism and Theory at Cornell University (SCT), Ithaca. In 2018, he was the Titulaire of the Chaire de Mťtaphysique Étienne Gilson at the Institut Catholique, Paris. He is the Editor of the book series "Cultural Memory in the Present," published by Stanford University Press. 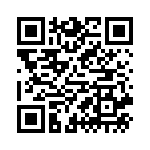