«Š’›Õ… v
the King , the Irish princes , for the first time , tasted heron ' s flesh , and where
they were astonished at the elegant abundance of an English feast , and the
order and obsequiousness of the attendants . The priory was not without benefit
from ...
«Š’›Õ… xx
9 sent a Bull to the Irish bishops , ordering them to revoke a Statute which they
had made , ď ex quodam livore , Ē that no Englishman should be received into
their religious houses as a canon : and while the Irish Abbot of Mellifont ' refused
to ...
«Š’›Õ… xxv
ere year 1474 , passed in a Parliament held in Dublin , reciting , that Richard ,
Abbot of St . Thomas , near Dublin , and William , Prior of All Saints , near Dublin ,
and their convents , had much lands within the habitation of the Irish enemies ... 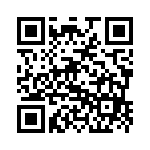